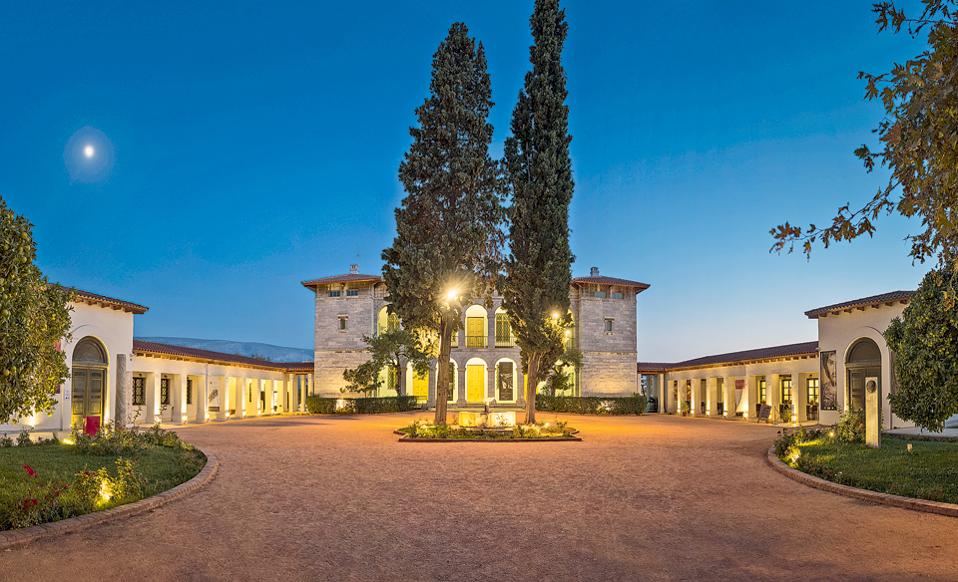 The Byzantine and Christian Museum of Athens is one of the most fascinating national museums you can visit. Established in the early 20th century (1914) in order to collect, study, preserve and exhibit the Byzantine and Post-Byzantine cultural heritage in the Hellenic territory. In the late 1980s works commenced on extending the Museum with a view to re-exhibiting its collections. The re-exhibition of the Museum’s Early Christian and Byzantine collections was completed in 2004, and its post-Byzantine collections were completed in 2010.

The permanent exhibition is divided in two main parts:

The first is devoted to Byzantium (4th -15th c. AD) and contains artifacts that will travel you back in time.

Learn all about the gradual transition from the ancient to the Byzantine world. How the political, economic and religious structures of the ancient world began to break down from the end of the second century, a time when Christianity was starting to gain ground and the first examples of Christian art appeared. A milestone in this transition was the legalization of the Christian religion in 313 by the emperor Constantine the Great. Christian art now acquired a public character and was put to work in the further propagation of the new faith.

Furthermore you’ll see how the transfer of the capital of the Roman Empire from Rome to Constantinople in 330 represented a decisive shift in the empire's center of gravity from the Latin West to the Hellenized East. The division into a western and eastern empire in 395 and the dissolution of the western half in 476 were significant stages along the way to the end of antiquity, which can be said to have breathed its last with the closure of the philosophical schools in 529, the onset of the barbarian invasions, and the decline of the great urban centers after the sixth century.

Τhe second is entitled “From Byzantium to the modern era” and presents artworks dating from the 15th to 20th century.

See how artifacts depict the gradual loss of Byzantine territory (began in the 11th c. and culminated in 1453), helping to create a complex social and political system in the Eastern Mediterranean. The populations who lived in Byzantine territory, whether Greek or otherwise, experienced these gradual but decisive changes in a variety of ways. In the Venetian-held areas living side by side with Westerners led to the creation of new social and cultural structures: Byzantine tradition and the Greek language encounter, sometimes with glorious results, the beginnings of the European Renaissance. This is evident in the urban centres of Crete and the Cyclades, the Ionian Islands and the Peloponnese.

The Villa Ilissia, which nowadays houses the Byzantine and Christian Museum (ever since 1926), is one of the loveliest buildings erected in Athens during its early years as capital of the newly-founded Greek State. The Villa Ilissia was completed in 1848. It was the home of Sophie de Marbois-Lebrun who married Charles Lebrun, son of the co-consul of Napoleon and Duke of Plaisance (or Piacenza). The Duchess lived there until her death, in 1854. The complex later came into the possession of the Greek State and for three years housed the Officer Cadets’ Academy, and subsequently other military authorities.

Enjoy the view of this imposing central building, combining elements of Classicism and Romanticism. The Villa stands at the far end of the forecourt, as well as the two low lateral wings intended for ancillary uses and the gatehouse at the entrance.

The gardens of the Byzantine Museum are an oasis in the heart of the city where visitors can take an imaginary journey through history and art. Seating areas are provided under the fruit trees, surrounded by aromatic herbs and fountains. Three small themed exhibitions of historic and archaeological interest are presented in the gardens:

The Well-Cistern, on how Athens was supplied with water from ancient times to the present.

Paradise, on the Byzantine concept of Paradise in life and the afterlife.

The River Ilissos, on the development of the fluvial landscape on the banks of the Ilissos from antiquity to modern times.

Make a stop by the café-bistro located in the garden of the Byzantine and Christian Museum, in the shadow of the Palace of the Duchess of Plaisance. In a pleasant and peaceful environment you’ll enjoy coffee, dessert or a light meal. Special events can be accommodated, after consultation with the bistro management and the Museum’s Communication Office.