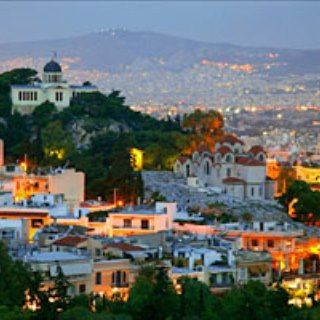 Last but certainly not least, Plaka

Plaka is an old, picturesque neighborhood that belongs to the historical district of Athens and it’s situated in the foot of the Acropolis. It has mazy pedestrian narrow streets, with souvenir shops, traditional taverns, beautiful neoclassical mansions and buildings –some refurbished and some abandoned- Byzantine and Metabyzantine churches and small chapels, old huts, ancient relics and the ever-impressive view of the Acropolis and the Parthenon. All these simply compose the magical picture of this unique Athenian neighborhood.

Plaka was developed mostly around the ruins of Ancient Agora of Athens in an area that has been continuously inhabited since antiquity. During the years of Ottoman rule, Plaka was the known as the "Turkish quarter of Athens",[7] and the seat of the Turkish Voevode (Governor). During the Greek War of Independence, Plaka like the rest of Athens, was temporarily abandoned by its inhabitants because of the severe battles that took place in 1826. The area was repopulated during the first years of King Otto's rule. Plaka had a sizable Arvanite community till the late 19th century, which led some to refer to it as the Arvanite quarter of Athens[8] .[9][10] At the same period the neighborhood of Anafiotika, featuring traditional Cycladic architecture, was built by settlers from the Aegean island of Anafi.[11]

In 1884 a fire burned down a large part of the neighborhood which gave the opportunity for the archaeologists to conduct excavations in the Roman Market and Hadrian’s library. Excavations have been taking place continuously since 19th century.

There are many entrance-streets to Plaka, through the pedestrian Dionysiou Areopagitou Street, few meters away from the New Acropolis Museum. Other ways to access Plaka are through the narrow streets on the right of Filellinon Street and Amalias Avenue.

In Plaka you should check out:

• The Anafiotika quarter, built by Anafians (from the Cycladic island of Anafi) just above Plaka, is nestled in the rocks of the Acropolis. Authentic, perfect for strolling, quiet and romantic; it reminds us of a Cycladic island.

• Aerides is an octagonal solar and hydraulic clock (1st century BC), which was officially called Clock of Andronikos Kyrristou and it is located at the end of Areos Street.

• The monument of Lysicrates or “Diogenes’ Lantern”, which is a small circular building from the 4th century BC.

• The churches of Agios Nikolaos Ragavas (11th century) and of Metamorphosis (14th century).